Start by creating a team, and then adding players to that team. To create a team, add the team name, gym location, City, and short name (only 3 characters). There are multiple ways to add players to a team: by jersey (add names later), by adding 5 generic players (change names later), or by adding jersey, first and last name indivdually. Once the teams are created, create the game by seleting teams and starters and you are ready to go!

Once the game is created, you can score the game in multiple ways. For the video above, you will import the video from an existing game and add the events to score the game. You have the ability to sub players on an off, stop/play by tapping the screen and scoring by just tapping the player (jersey #) and the event. Once you have scored the game in an offline mode, you can import and attach video to the events that were previously scored, by selecting a specific event in the video to a scored event. The software will automatically determine which scored events are part of that video. This will also create the stats, and allow you to easily get to any of the specific events scored. You will also be able to select any of those events by player to be included into a highlight reel.

It is important to start recording (start/stop button); you can post edit to correct events, but if the video is not captured, you are out of luck.

Expert mode allows you to score the game and video tape simultaneously. First navigate to the game scressn and tap the triangle in the top right corner. You start and stop recording by using the start/stop button on the top left. To capture the events, you would tap on the player, and then the event. Sub players on and off to ensure that you have all the current players on the court at any time.

Settings allow you to change the input and output size of the video. You can also adjust the seconds before, and seconds after the event; this can be seen as a tolerance, so that if the editing is not as tight, the output video still looks like it is aligned. By default, this is set to 5 seconds before, and 4 seconds after. If you want tighter clips, you can set this as low as 2 - 3 seconds.

In settings, you can also save and restore the database file; it is recommneded that this be stored off the device, just in case the device is lost or stolen. You should also backup the video files, as these can be re-imported if necessary.

Finally, once you have scored the game, you can skip to the specific event and edit as necessary. Probably the most powerful feature of the app, is the ability to create the highlight reel. After searching for the player, you can select any of the clips score for that player, and then export to camera roll. You can do this as many times as necessary, in any order as long as the source videos are available! 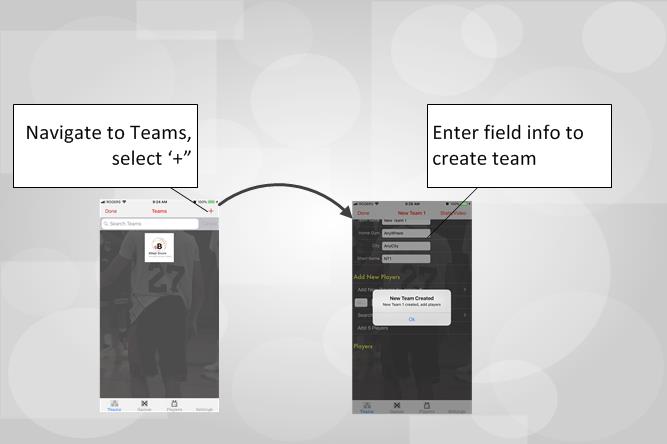 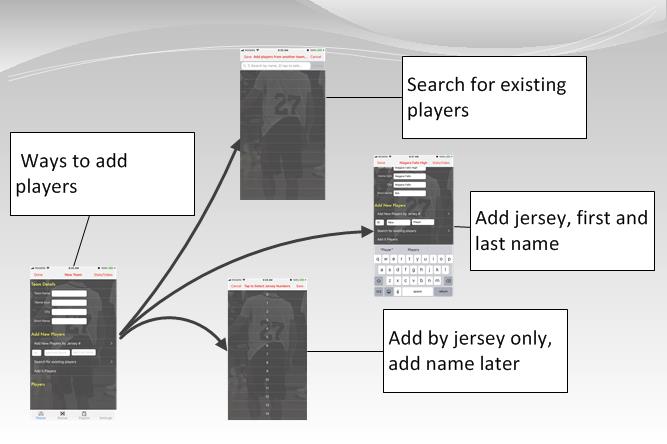 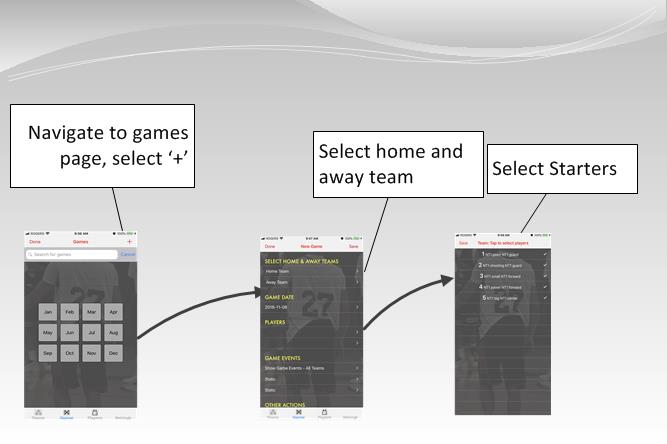 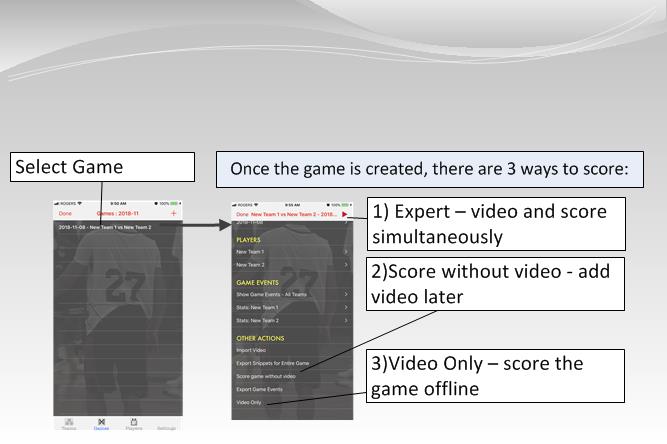 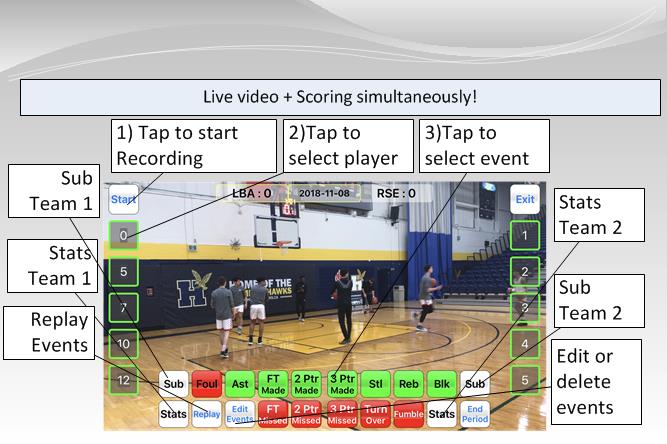 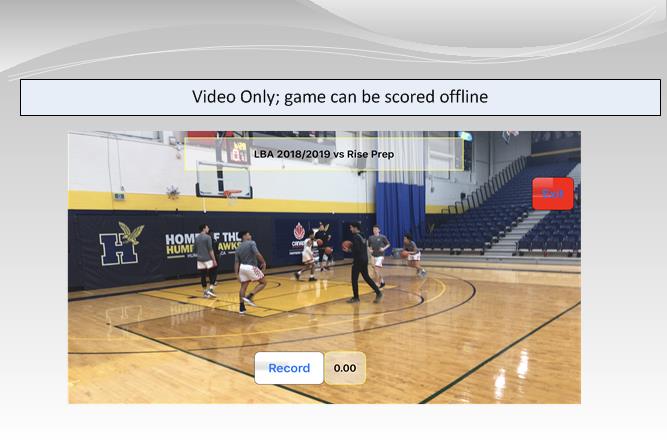 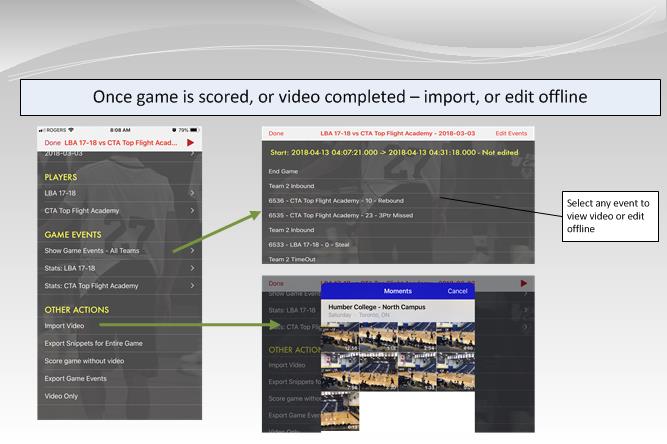 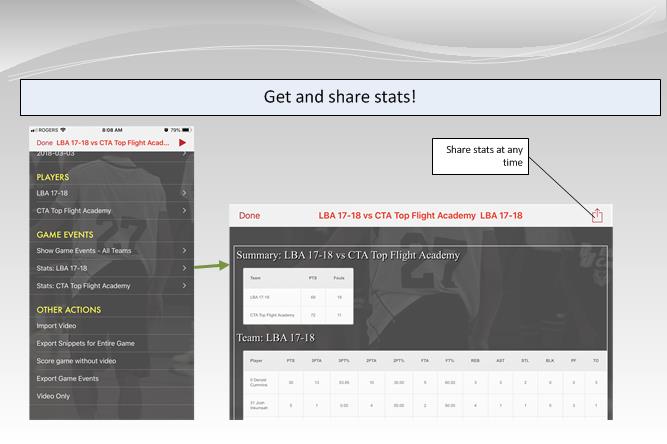 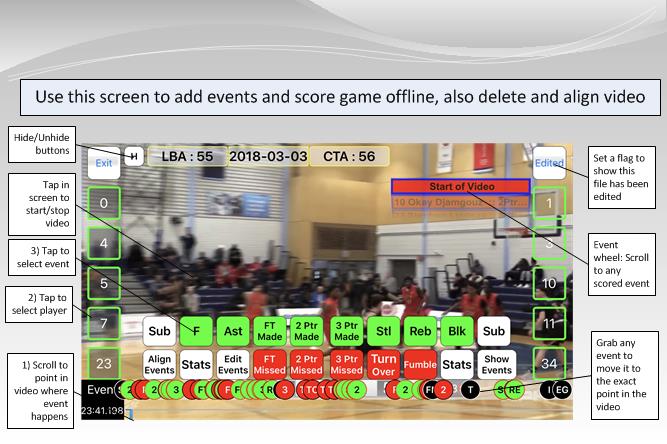 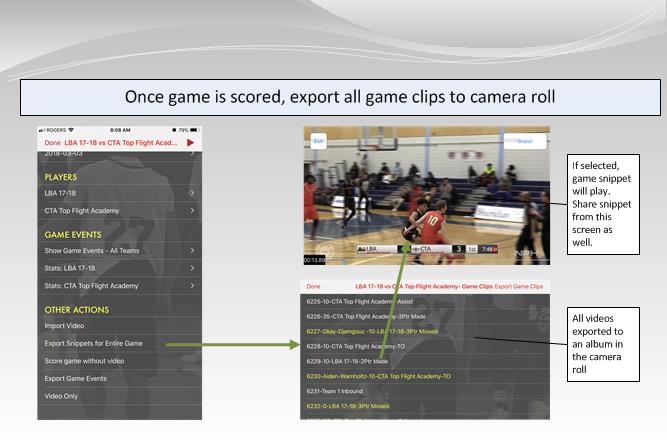 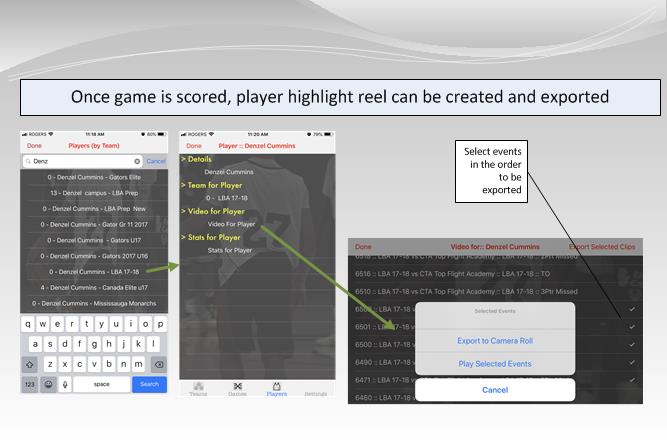 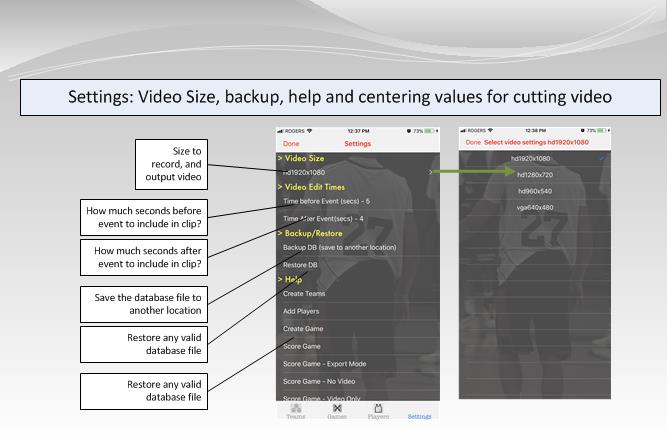